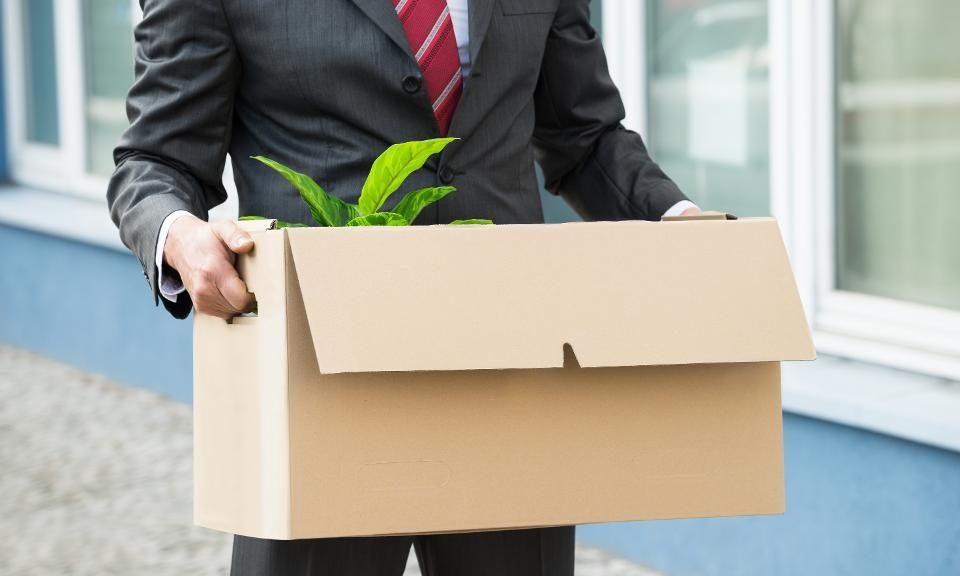 It shouldn’t be tough to hold on to great employees, yet it seems that is the case. Most of the mistakes that companies make, can easily be avoided. When you do make mistakes, your best employees are always the first to go, because they have the most options.

As a company grows, the difficulty in maintaining standards often gets harder too. People will cross the line more and it will happen more frequently, and it’s tempting to put in place a new rule that applies to everyone because of it. But that’s where most companies blow it.

Establishing a new rule would be a passive and morale-killing way to address the problem. The vast majority of the time, the problem needs to be handled one-on-one by the employee’s manager.

When companies create ridiculous and demoralising rules to halt the outlandish behaviour of a few individuals, it’s a management problem. There’s no sense in alienating your entire workforce because you don’t know how to manage performance. It makes a bad situation that much worse. You’re punishing everyone instead of dealing with the select few employee’s causing the problem.

The six-month rule. Many companies won’t let you transfer or get promoted until you’ve held a position for six months. This rule harms the company and the employee by keeping people in roles that they’re not suited for or too advanced for. Companies might have gotten away with this rule when our parents were entering the workforce, but these days good people are more likely to jump ship, rather than wait around for some arbitrary rule to kick in.

An employee’s manager should have the freedom to decide when an employee is ready for a promotion or would perform better in a different role.

Ridiculous requirements for attendance, leave, and time off. People are paid for the work they do, not the specific hours they sit at their desks. When you ding salaried employees for showing up five minutes late even though they routinely stay late and put in time on the weekend, you give out a message that policies take precedence over performance. It suggests distrust, and you should never employ someone that you don’t trust.

When companies are unnecessarily strict in requiring documentation for bereavement and medical leave, it leaves a sour taste in the mouths of employees who deserve better. After all, if you have employees who will fake a death to miss a day at work, what does that say about your company?

Shutting down self-expression. Many organisations control what people can have at their desks. A life-size poster of a shirtless celebrity? I get it; that’s a problem. But employers dictate how many photographs people can display, whether or not they can use a water bottle, and how many items they’re allowed to place on their desks at work. Once again, it’s the old “If I could just hire robots I wouldn’t have this problem” approach.

The same issue goes for dress codes. They work well in private high schools, but they’re unnecessary at work. Hire professionals and they’ll dress professionally. When someone crosses the line, their manager needs to have the skill to address the issue directly with that person. Otherwise, you’re making everyone wish they worked somewhere else because management is too inept to handle touchy subjects effectively.

Restricting internet use. There are certain sites that no one should be visiting at work, and I’m not talking about Facebook. But once you block these websites, it’s a difficult and arbitrary process deciding where to draw the line.

Most companies, however, draw it in the wrong place.

People should be able to kill time on the Internet during breaks. When companies unnecessarily restrict people’s internet activity, it does more than demoralise those that can’t check Facebook; it limits people’s ability to do their jobs. Many companies restrict internet activity so heavily that it makes it difficult for people to do online research. The most obvious example? Checking the Facebook profile of someone you just interviewed.

Bell curves and forced rankings of performance. Some individual talents follow a natural bell-shaped curve, but job performance does not. When you force employees to fit into a pre-determined ranking system, you do three things: 1) incorrectly evaluate people’s performance, 2) make everyone feel like a number, and 3) create insecurity and dissatisfaction when performing employees fear that they’ll be fired due to the forced system you have put in place. This is yet another example of a lazy policy that avoids the hard and necessary work of evaluating each individual objectively, based on his or her merits.

Banning mobile phones. If I ban mobile phones in the office, no one will waste time texting and talking to family and friends, right? Yeah, right… Organisations need to do the difficult work of hiring people who are trustworthy and who won’t take advantage of things. They also need to train managers to deal effectively with employees who underperform and/or violate expectations (such as spending too much time on their phones). This is also hard work, but it’s worth it. The easy alternative (banning phones all together) demoralises good employees who need to check their phones periodically due to pressing family or health issues or as an appropriate break from work.

Stealing employees’ frequent-flyer miles. If there’s one thing that road-weary traveling employees earn, it’s their frequent flyer miles. When employers don’t let people keep their miles for personal use, it’s a greedy move that fuels resentment with every flight. Work travel is a major sacrifice of time, energy, and sanity. Taking employees’ miles sends the message that you don’t appreciate their sacrifice and that you’ll hold on to every last dollar at their expense.

Draconian e-mail policies. This is a newer one that’s already on a downwards slippery slope. Some companies are getting so restrictive with e-mail use that employees must select from a list of pre-approved topics before the e-mail software will allow them to send a message.

Again, it’s about trust. If you don’t trust your people to use e-mail properly, why did you hire them in the first place? In trying to rein in the bad guys, you make everyone miserable every time they send an e-mail. And guess what? The bad guys are the ones who will find ways to get around any system you put in place. So, there’s no point bringing down the rest of your employees.

Pathetic attempts at political correctness. Maintaining high standards for how people treat each other is a wonderful thing as we live in a world that’s rife with animosity and discrimination. Still employers have to know where to draw the line. Going on a witch-hunt because someone has said “Bless you” to another employee that sneezed creates an environment of paranoia and stifled self-expression, without improving how people treat each other. It can also stop creativity in a workplace as people may stop sharing their thoughts and ideas amongst each other in case of getting in trouble for something they’ve said.

If companies can rethink their policies and remove or alter those that are unnecessary or demoralising, we’ll all have a more enjoyable and productive time at work. 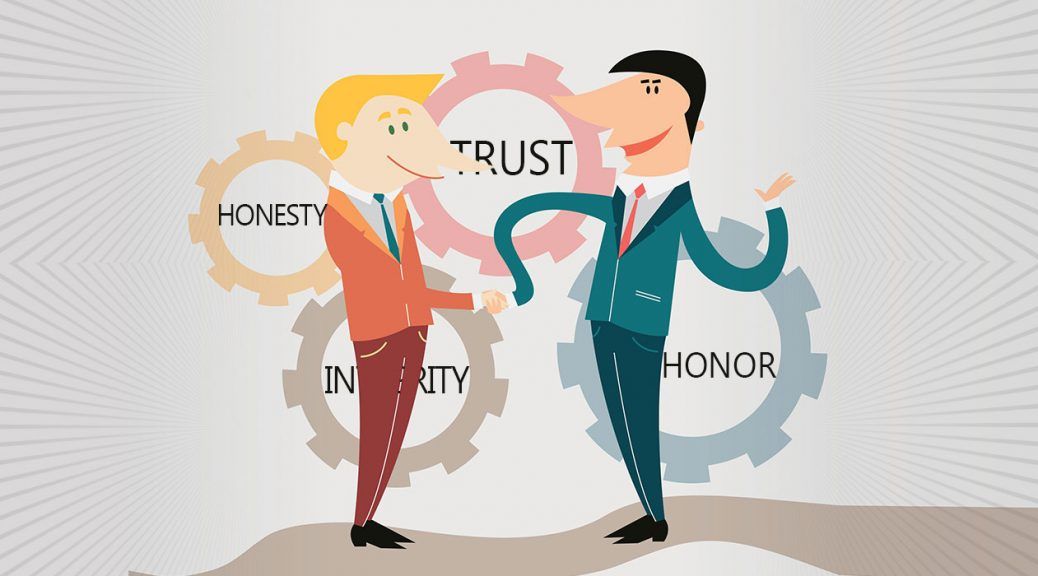 Are you a new person in a new job? Trying to become one of the collective? Believe it’s worth trying as good relationships between colleagues are very important. Here’s a list of some of the best practices and behaviours for building trust.

Be honest: As obvious as it sounds, try to be as honest as you can. Answer questions honestly and be a truth-teller.  So the main practice here is to owning up your mistakes.

Realistic risk: You should try to stay focused and calm in different situations. It is a good point for you to help people when a problem arises. Also, you should learn the risk before you’re taking the job to be successful.

Share information: Show that you have no hidden agenda. If the information is not confidential, don’t be afraid to share it to build trust. This way people get to know you quicker by sharing information, it’s a great way to build relationships with your colleagues.

Be congruent:  Remember the simple fact that actions speak louder than words. In other words, practice what you preach. If you want your colleagues to trust you, try to make your actions align with your words.

Treat people with respect: Be respectful of others and show your genuine interest in others. It is very important being interested in everyone you work with and to do this sincerely. So, you can become a friend for everyone.

Follow through: If you make a promise, you must always try to deliver it. For example, if you promised to call (to write a letter, to make a visit) to somebody, you should do it. If you word is your bond, the people will trust you.

Provide clear, consistent direction: Try to use these three words people to describe your person: dependable, constant and resolute. These features inspire trust. Never change your way suddenly, people need to know they can rely on you and your decisions, and not think you’re going to change your mind last minute.

Communicate:  Talk to people. Trust is based on effective communication. Your communication should always be kind and sincere.

And remember that building trust is a hard and long process, it doesn’t happen overnight. You can’t change the behaviour of other people, but you can change yours. You should assess and improve your own habits. It is the process of building bridges before you even need them.

Sign up for the latest opportunities and industry news, once a month